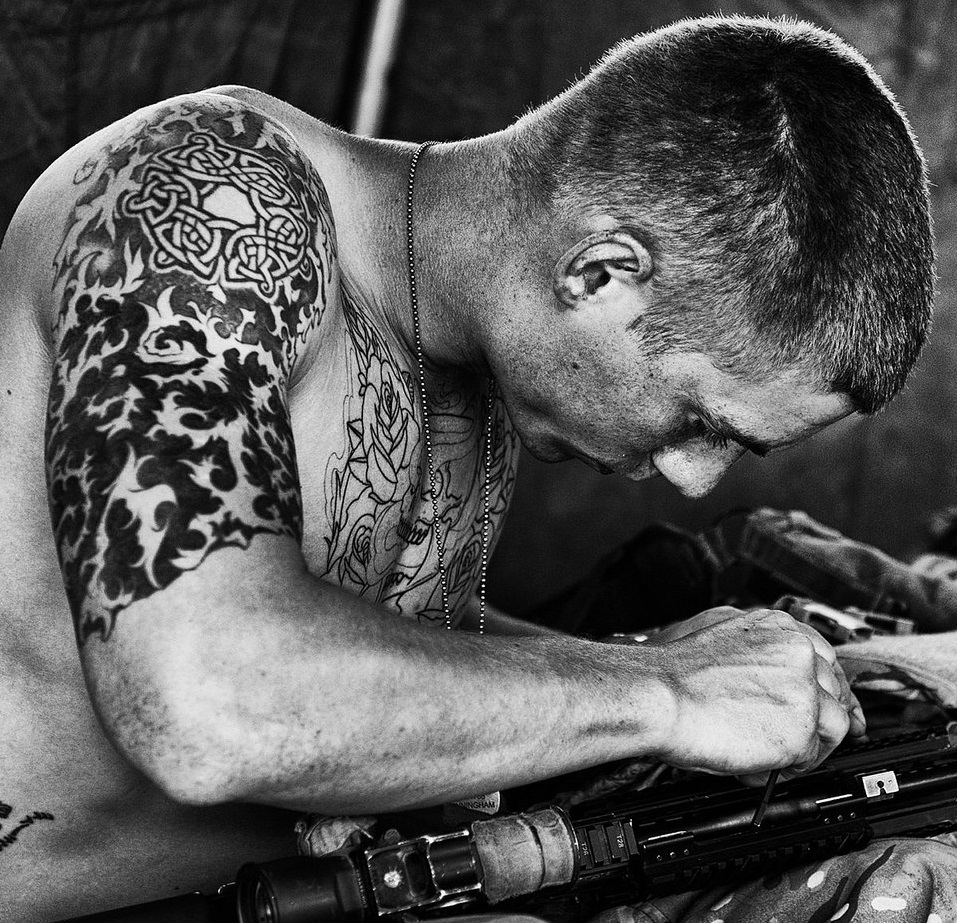 I was asked by Wired Italy to take a look at military spending, and here’s what came up running the numbers.

In absolute terms, Italy spends less than France and Germany but more than Spain. 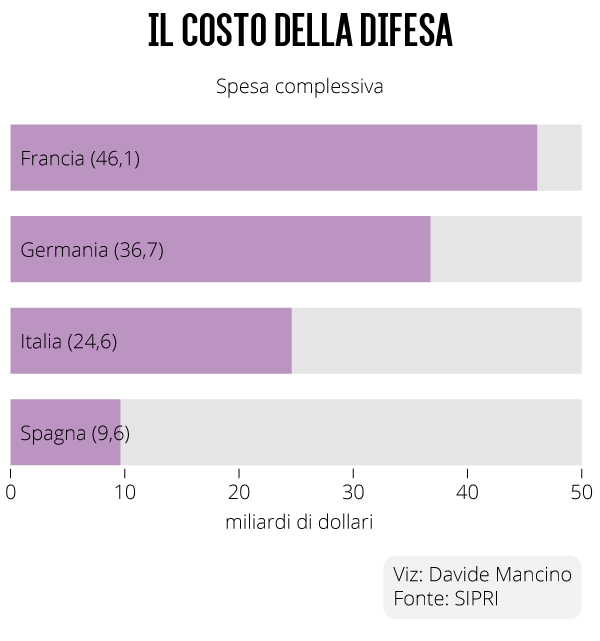 UK cuts in military spending since 1991 were the heaviest, along with France.

Globally, military spending decreased a lot since the end of Cold War, at least until 2001. After that is started rising up again. Are 9/11 and/or globalization to blame?

And here’s where we are at now: US military spending is the big one, but BRICS are catching up. 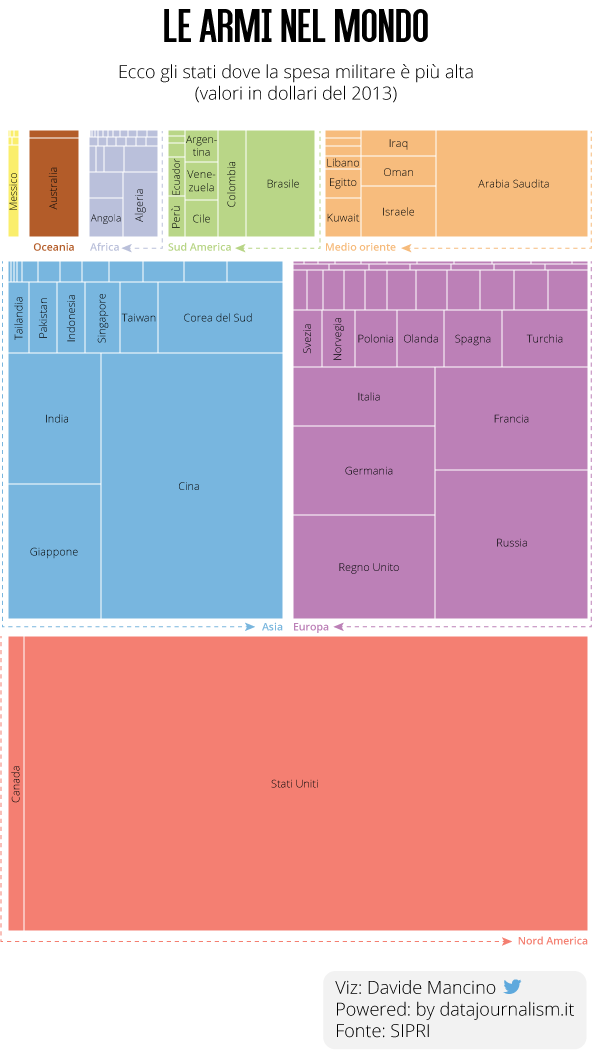 Still, as a percentage of GDP, today military spending is much, much lower than it was at the heights of Cold War.

So, I guess, we could say we live in a less militarized world than our parents did, after all.

And here are the links to the full stories with details and interactives [in Italian]:

1) Italian military spending;
2) Why military America is in decline;
3) A less militarized world.

This website uses cookies to improve your experience while you navigate through the website. Out of these, the cookies that are categorized as necessary are stored on your browser as they are essential for the working of basic functionalities of the website. We also use third-party cookies that help us analyze and understand how you use this website. These cookies will be stored in your browser only with your consent. You also have the option to opt-out of these cookies. But opting out of some of these cookies may affect your browsing experience.
Necessary Sempre abilitato

Any cookies that may not be particularly necessary for the website to function and is used specifically to collect user personal data via analytics, ads, other embedded contents are termed as non-necessary cookies. It is mandatory to procure user consent prior to running these cookies on your website.